The market for non-fungible tokens (NFT) has been continuously rising to new highs since its inception in 2015. However, the year 2021 proved to be a watershed moment for the NFT industry. By the end of the year, the young market had a trading volume of more than $23 billion, compared to less than $100 million in 2020. On this backdrop, entering 2022, and as more companies turn to the space, the NFT market’s future seems bright. According to Chainalysis, the NFT business, which is currently valued at over $27 billion, will explode in 2022.Thousands of NFT projects are released every day, feeding the need of mainstream users, investors, digital art collectors, and NFT aficionados for additional exposure to the Metaverse’s many financial incentives. METAROBOX is a well-known initiative that aspires to make waves in the non-fungible tokens (NFT) industry. 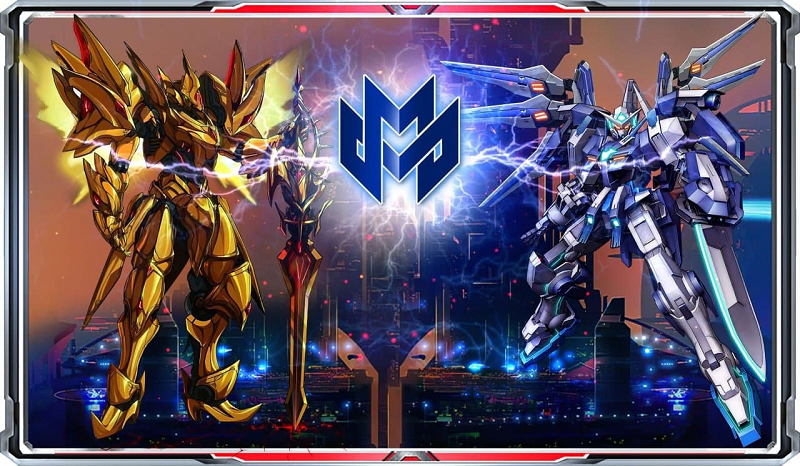 METAROBOX is a Binance Smart Chain (BSC)-based NFT game that uses the play-to-earn (P2E) paradigm. The game emphasizes Robo war engagements and strives to deliver a realistic experience for both players and NFT collectors. Users may play games and spend NFT in the game to earn additional revenue in addition to leisure. Players may invest $RBX to purchase characters and enhance their equipment, such as weapons and outfits, or they can battle other players to win $RBX tokens.

RoboX is inspired by space technology and incorporates cutting-edge technologies such as blockchain to not only optimize all players’ gaming experience but also increase their revenues. In METAROBOX, the play-to-earn idea is employed, which pays players for playing games and participating in in-game economies, allowing users to buy and sell game-related assets.

The first mode is Training. This mode offers new players the opportunity to choose their dream characters, play roles, and kill monsters. But, no reward is expected. The second one is PVP Ranking. It helps to fight against each other to get $RBX tokens and upgrade their levels to receive $RBX tokens and also mystery boxes which will be published in the form of unique game items. Moreover, there are Weekly and Monthly Competitions with token prizes for TOP players on the Leaderboards. Players reaching level 5 can be ranked. While losers will have rank points deducted, winners will receive level and rank points. RBX tokens will be sent to players who increase their rank level only. 2 players will have a Token bet agreement, the winner will receive the loser’s RBX token. And the last one is PVE Mode. Whether players construct their own rooms or be automatically matched with folks of the same skill levels, players/their team will fight with one another through a betting arrangement in $RBX. The amount of $RBX gambled will be held and temporarily locked after the match. Winners will have to pay 5% of the transaction fee token to get that token prize.

The total supply of $RBX is 1,000,000,000,000,000 tokens. Mining and burning will be completely based on user-base development and approval. The supply and pricing are kept within the METAROBOX World at a reasonable level to maintain internal asset value and optimize input for brand-new users, while enabling its value to rocket externally.

Besides, players complete in-game tasks or compete in ranked matches to receive bonus points. They can use these points to purchase mystery boxes and open them for robot cards. These cards can help enhance their decks or be sold on the NFT marketplace for tokens.

Moreover, $RBX tokens can be used to buy bases, which can be rented out by other players. With each rental, the base owners can accumulate points and upgrade cards & gift boxes. The more points earned, the more gift boxes available to purchase and the more chances to earn rare cards. The rare cards can be sold on the NFT market in return for tokens.

In METAROBOX World economy, there are three essential types of assets. They are represented on the blockchain data and in the game in the form of: Monetary assets ($RBX), NFT base, NFT game items (equipment, gift boxes, supporting accessories, etc.)

To get $RBX, players can own in these ways below:

Play to Earn: Users joining quests and PvP battles will receive $RBX as reward. There are 6 rank levels in the game. Players will fight to reach a certain level to be rewarded with $RBX. If players want to receive more rewards, the only way is to get a higher rank.

Farming: Players can contribute $RBX to the liquidity pool and receive interest based on the amount of tokens contributed at an attractive rate

Staking $RBX to achieve a lot of game items including cards and mystery boxes then use/upgrade those items or sell them on NFT marketplace. The upgraded blind box means a greater possibility of getting precious items including rare cards.

Staking NFT base: staking base can increase not only the number of trained gift boxes and cards but also the training speed. Base owners can earn profits from training other player’s cards and gift boxes.

With people from all across the world, METAROBOX represents the spirit of decentralization. Long-serving and highly experienced Smart Contract developers, as well as a competent operations staff, make up the team.

METAROBOX creators expect to strive to completely revolutionize the way people think about NFTs by combining technology, entertainment, art, aesthetics, and earning opportunities to create a fascinating experience for users.

PICANTE Media and Events (part of Hipther Agency) is a leading media and boutique event organizer in the European Union with a monthly reach of +50,000 readers. The official company (PROSHIRT SRL), has been listed for 4 years in a row among the top 3 Advertising and market research agencies in the local Top Business Romania Microcompanies based on the Financial Reports.

We use cookies on our website to give you the most relevant experience by remembering your preferences and repeat visits. By clicking “Accept”, you consent to the use of ALL the cookies.
.
Cookie settingsACCEPT
Manage consent

This website uses cookies to improve your experience while you navigate through the website. Out of these, the cookies that are categorized as necessary are stored on your browser as they are essential for the working of basic functionalities of the website. We also use third-party cookies that help us analyze and understand how you use this website. These cookies will be stored in your browser only with your consent. You also have the option to opt-out of these cookies. But opting out of some of these cookies may affect your browsing experience.
Necessary Always Enabled
Necessary cookies are absolutely essential for the website to function properly. This category only includes cookies that ensures basic functionalities and security features of the website. These cookies do not store any personal information.
Non-necessary
Any cookies that may not be particularly necessary for the website to function and is used specifically to collect user personal data via analytics, ads, other embedded contents are termed as non-necessary cookies. It is mandatory to procure user consent prior to running these cookies on your website.
SAVE & ACCEPT