On the back of the recent appointments of their five APAC Ambassadors, the Bitcoin Association is pleased to unveil its first set of Ambassadors for Europe.

Recently, Bitcoin SV (BSV) application development has exploded globally, including across Europe, to take advantage of BSV’s greater data capacity and micropayments capability. Growing usage has led BSV’s average block sizes and average transaction per block count to regularly surpass BTC. BSV is also the only project that adheres to the original design of Bitcoin creator Satoshi Nakamoto. In short, BSV is Bitcoin.

Bitcoin Association President Jimmy Nguyen comments: “With BSV showing such phenomenal growth and finally realizing the blockchain technology’s true potential, it is now time for us to laser focus in active regions. Our Ambassadors are leaders in their territory’s blockchain and technology industries, and their knowledge will further enhance BSV’s development as the global enterprise blockchain.”

Alexander, as a visionary, has more than 15 years of investment and venture capital experience. He is a renowned Russian music artist, composer and producer who successfully combines creative work with business, and is especially interested in the use of blockchain technology for digital media and entertainment. Alexander’s GRUPPA KOMPANIY FAMILIA company specializes in investment and venture capital in blockchain, media, new media, publishing, and entertainment sectors. He runs the Baikal Blockchain & Crypto Mining Summit in Irtkutsk, Russia.

Alexander is a leading world expert on such topics as Transformation of Global Economy, Decentralization of Everything, blockchain technology, and the MES (Media, Entertainment and Sport) sector. He has given visionary speeches at leading world forums and conferences such as MIPTV, MIPCOM, MIDEM (France), World Knowledge Forum (Korea), All That Matters (Singapore), Open Innovations (Moscow) MedianTage (Munich) and many others.

Based in Norway, Stephan’s company UNISOT is an enterprise blockchain service provider providing turnkey solutions, built on the Bitcoin SV blockchain, that solves the Top 10 problems in global supply chains. He has over 20 years’ experience working with ERP systems integrations. Stephan is also engaged with Ernst & Young Skye, building an industry solution in SAP software for the seafood industry that provides global traceability, provenance and BDI (Bitcoin Data Interchange, the next evolution of Electronic Data Interchange) using the BSV blockchain.

Stephan is Founder and President of the Norway Bitcoin and Blockchain Association and Co-Founder of BITaccel, a Nordic blockchain start-up accelerator.

Josh is an American serial entrepreneur focused on building a new breed of internet applications on Bitcoin (BSV). He is Co-Founder and CEO of Twetch.com, an ad-free social media application where you can profit from content creation and own your data. You may know him as Elon Moist or @Coinyeezy on Twitter, where he has approximately 24,000 followers.

Stefan is a German designer and entrepreneur with over 20 years of experience in Web and Application development. He has worked SPIEGEL Online, Deutsche Telekom and Art Directors Club (ADC). His artistic work covers a variety of different fields and techniques – photography, videography, audio-visual performance, software and interfaces for controlling digital media in real time. For his interactive works he won the Design Award of the Federal Republic of Germany twice and several Red Dot Awards.

He is the founder of Salon.io, a Website Builder, which allows artists and photographers to present their work in a new and easy way. Mostly recently, Stefan founded B2029.org in Berlin, together with other Bitcoin SV enthusiasts committed to help people understand Bitcoin and to build its ecosystem in Germany.

Alex is a product designer and marketer. His passion is making new technologies accessible to everybody by creating amazing products that people love.  His company HandCash makes better Bitcoin apps and services for the rest of us, all built on the Bitcoin SV blockchain.  Previously, Alex was a Senior Analyst in the Artificial Intelligence division for Accenture España in Madrid. 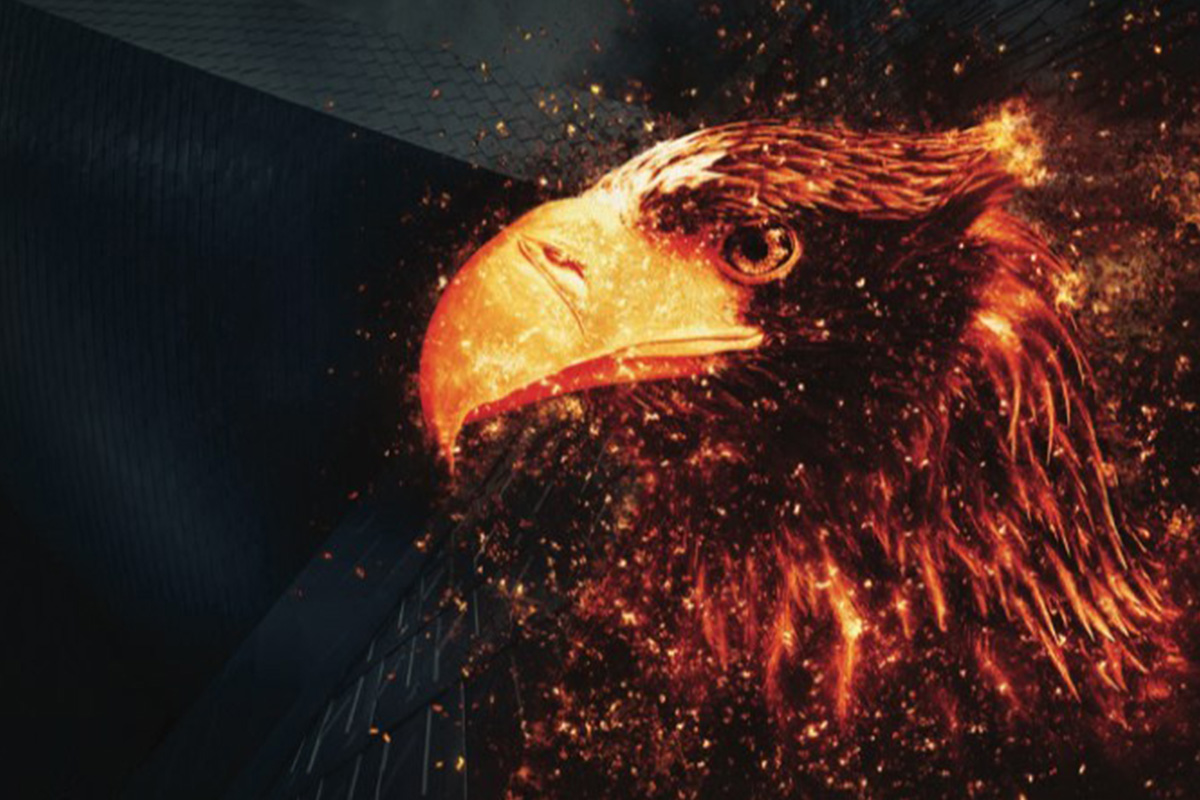 Considered as one of the top payment service providers in Europe, Paytah

A participant of the European Payment Council, this user-friendly and cost-effective banking service alternative is one of the first crypto-friendly payment service providers. Its services include instant transfers within Paytah accounts, Euro transfers to external accounts via SEPA, Euro deposits through SEPA, International wire and credit card transactions, private encrypted messaging between client/Paytah or client/client.

Designed to ensure payment safety, product quality and data integrity throughout the life cycle of a regulated product, the personalized IBANs and SEPA help facilitate the process of opening a business or individual account less the bureaucracy, thus, a much faster service. This brings Paytah at the forefront of financial innovation and continues to help in the growth of the company.

Paytah Founder and Chairman Marco Lavanna, who has successfully steered the company since late 2018, affirms that “Paytah provides true agility and responsiveness towards the market. We give first class customer experience while transactions are faster, more affordable, and highly safe. We are fully compliant with the European Payment Council, as we have proudly launched the Paytah Wallet, a wallet account application, meticulously developed to be seamless and user-friendly.”

Paytah is committed to finding solutions to challenges in the online finance sector as it expedites growth for companies and individuals. Riot Blockchain, Inc. (NASDAQ: RIOT) (“Riot” or the “Company”), one of the few Nasdaq listed public cryptocurrency mining companies in the United States, has announced updated strategic priorities for 2020, including a more targeted focus on bitcoin mining.

Since 2017, Riot has concentrated on developing its cryptocurrency mining operations and investing in blockchain-focused technologies. Historically, the Company has produced newly minted bitcoin (BTC), bitcoin cash (BCH), and litecoin (LTC). In line with the initial strategic objectives, Riot also invested in several companies and internal initiatives with the intent of building and supporting blockchain technologies.  Going forward, Riot reinforces its confidence in bitcoin by focusing on bitcoin mining and pursuing opportunities more directly related to bitcoin mining.

Cryptocurrency Mining: Riot recently completed a full network upgrade at its Oklahoma City mining facility with the objective to increase operational efficiency and performance. As previously mentioned in a press release issued on February 11, 2020, Riot procured 4,000 S17 miners from Bitmain during December 2019. As of mid-February, the deployment of 4,000 S17s was completed at the Oklahoma City mining facility resulting an overall hashrate of 240 petahash per second (“Ph/s”), consuming approximately 12 megawatts of energy.

The Company plans to provide updates on monthly production levels, commencing with a report shortly after the February 2020 production totals are reconciled. Such production updates are anticipated to continue for at least three months.

Strategic Partnership: To assist the Company in evaluating its strategic growth opportunities, Riot has engaged XMS Capital Partners. Headquartered in Chicago, XMS is an independent global financial services firm with expertise in M&A and strategic advisory. XMS will help Riot navigate the dynamic bitcoin landscape and advise the Company on potential strategic transactions in bitcoin mining related operations. The Company does not have a defined timeline for any transaction and cannot provide any assurance whether or when a transaction will may be announced or consummated.

RiotX Exchange: In order to concentrate its focus on cryptocurrency mining, Riot has opted to sunset further development of Riot’s U.S.-based digital currency exchange, known as the RiotX Exchange (“RiotX”), originally initiated in early 2018. Riot considered a number of factors when evaluating the RiotX decision including, but not limited to, the evolving regulatory environment, cybersecurity risks, and the current competitive landscape facing U.S. based cryptocurrency exchanges. Riot is considering opportunities to divest the limited assets associated with the RiotX in the best interest of the Company and its stockholders. Centotrenta Servicing S.p.A, an Italian financial services company, currently manages approximately 200 securitization transactions per year in Italy with a combined value of 15.6 billion euros. As a servicer, Centotrenta Servicing is responsible for servicing the portfolio, collecting the receivables, providing cash and payment services, and monitoring the compliance of the securitization transaction with applicable laws and the prospectus.

The HyperMast STS platform aims to provide the financial market with a tool to connect the entire ecosystem, made up of originators, servicers, intermediaries, credit institutions and investors –and allow them to interact in the different phases of the securitization operation in a transparent, secure and traceable way.

Based on Distributed Ledger Technology (DLT), HyperMast STS offers real advantages for the stakeholders of the operations, providing them with a greater level of interaction between them, a greater sharing of processes and, greater confidence in the processes and degree of guarantee of the financial assets.

In addition to the technology partners IBM and Blockchain Reply, Reply Group companies specialized in innovative projects based on DLT technology, they are part of the ecosystem led by Centotrenta Servicing and including BNP Paribas Securities Services as account and paying agent bank, other banks, advisors and prestigious law firms.

The choice of the IBM Blockchain Platform was due to its robustness and reliability, and its capabilities when creating DLT permissioned environments, combining efficiency, operational versatility with a hybrid cloud model, and data privacy control.

The platform addresses the core processes in securitization operations such as forming and signing the initial contracts (block sale), and the contracts underlying the securities issuance activities (block issue), and the definition of a “smart contract”.

The prototype was completed in November 2019 and addressed several key issues, such as possible ways of interfacing with the Bank of Italy systems (Infostat, FE129), issues related to security and user profiling, data protection management and digital signature mechanisms that allow the various actors to sign the HyperMast STS platform regulations and perform onboarding according to their role.